The emphasis of this blog is the long haul, so we’re reaching out to people who may be several years post-stroke.

When you set off, the only way is forwards. Over the years, some problems diminish or resolve, whilst others remain persistent and sooner or later, you’re bound to question whether you were over-optimistic in believing you could fix them…

When I started drafting this post, I was, effectively, questioning the wisdom of raising the patient’s expectations of recovery. I’ve always been goal-oriented. Targets were a routine feature of my professional life, where they were always achievable. If I wasn’t given targets, I would set my own, which were usually even more taxing, but either way I still expected to exceed them. This is why it was such a shock when I didn’t improve as suggested.

Every stroke is particular, which makes the extent and timescale of recovery from stroke impossible to predict. I understand that.  It was important to hear optimistic messages and positive language immediately after the stroke, and you couldn’t fault the professionals I came into contact with in those first weeks. The message was always clear: you’ll keep improving for as long as you continue to work at it.  In spite of setbacks, I know this is still true.

Being told that I couldn’t return to work, or drive, for 3 months seemed quite a good deal, considering the way I felt at that at that stage. My work involved travelling all around the country and carrying out commercial assessments and site surveys, so a lot of driving and, often, a lot of walking around a large company site. To manage my employers’ expectations, I told them I hoped to be back in 3-4 months.  If 3 months was the timescale quoted by the hospital, that seemed reasonable to me.  See what I did there? Turned a minimum into a maximum.

My hospital discharge notes included: able to dress with assistance of one person, uses urine bottles and needs assistance to use the toilet, transfers using a Zimmer frame and currently unable to walk. I also left hospital with a badly swollen sprained ankle, the result of an accident during physio. All this made returning to work in a few months very daunting. I had physio for 6 weeks at home. I learned from the OT that the local hospital ran a 12- week stroke gym class, each Thursday morning. That was great. I always worked hard at exercising and being in a group was really encouraging. It was just what I needed to get back on track.

The gym turned out to be at an extreme end of the hospital. I was looking forward to being let loose on all the equipment as I zig-zagged along the corridor on my Zimmer frame. Playtime was delayed by Administration on my first visit.  I waited with other patients to have blood pressure checked, then we were taken to meet the senior physio. After introductions, we went into the corridor to test how far I could walk in 6 minutes. From her reaction, no records were broken that day. Something was obviously wrong with the stopwatch. To me, the walking time lasted about 6 hours, though the distance walked didn’t increase. She discussed and explained various stroke issues and asked me what I most wanted to achieve. I replied – playing guitar again and being able to walk. For years, work had got in the way of music. Suddenly, I had all the time in the world but my hand had ceased to function. At the end she gave me a gym record card with a lot of information, including what I should do if I had another stroke,  and a ‘to do’ list showing 1/ Return to playing guitar – target 12 weeks. 2/ Walking unaided 6 weeks. Being me, I took this literally.

Boosted by the possibility of playing guitar again and walking unaided in a matter of weeks, the next gym session could not come quickly enough. After blood pressure check, I was allowed to play with the equipment and taken round by one of the volunteers. Older than me, he’d suffered a severe stroke some years before but recovered well. He had a great sense of humour and every other thing I said gave him an excuse for a song. He demonstrated each machine, then made sure I was safe when it was my turn. There were lots of machines, including arm bikes, pedalled by hand, which showed how much force was being exerted by each arm. Initially almost nil on my right side. My right leg was weak and tended to kick to the side unexpectedly which, with the ankle collapsing frequently, made movements difficult and painful. Nonetheless, it was good to be active and I gradually increased in strength and balance. It was great to be working with other stroke patients and staff and volunteers (mainly stroke recoverers) willing us on to do better. An end of session talk was given by a staff member or visitor on a wide range of subjects, stroke related. I was astonished to learn that, although the gym was offered to all stroke patients, fewer than 15% actually accepted. I gradually improved, getting stronger, more alive and with increased stamina. I also learned that more effort equalled more pain, but coupled with significantly increasing gain. This was a fair exchange as it felt I was fighting back, at last.

Cut to the end of my 12-week course, though, I was walking with a stick; I wasn’t playing guitar, or anywhere near driving, and couldn’t write. Still, I plodded dogeddly on. Nine months later I sat behind the wheel of a car in an empty car park to re-learn to drive. By this time I’d already said goodbye to my employers. The return to work which in my mind I was working towards didn’t happen. Not meeting my targets – in fact, falling so far short of them – was an alien experience for me.

(My stamina in driving steadily improved. That’s not been the only gain over the years, but after blood pressure improvement, it’s the most easily measurable.)

Over the following months my progress fluctuated alarmingly. I could accept two steps forward and one step back, but a lot of the time this formula was reversed. I was lucky to be offered weekly physio treatment at the hospital.  On one visit I collapsed. The physio took me to have blood samples taken, then wheelchaired me to the car park for Gill to take me home. The results of the test showed my potassium levels were very low causing electrolyte imbalance. Similar bouts of extreme fatigue have recurred and it’s frustrating that there seems to be no easy way of checking electrolytes at home on a regular basis, to try to prevent problems.

Into year three, walking had become unbearably painful and I had to look for help. Doctors, a surgeon, a podiatrist, and finally physiotherapists in a specialist clinic, all told me, ‘you’re doing well’.  Which was not how it looked to me. They didn’t expect someone with my kind of stroke to be functioning as well as I was. 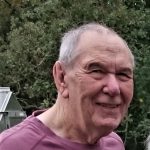 On reflection, though, I can see how important it is to give the patient hope from the beginning. The feelings on coming round in the recovery room were shock, confusion and fear, which eased a little when I heard the nurse and Gill talking. Seven years later there are so many things I still cannot do or are compromised, although, even now, so many things are improving through exercise, effort and assistance and life is a very good place to be. However, if anybody had had a crystal ball to warn me of the difficulties I was going to encounter, it might have been much harder even to try.

We use Mailchimp as our mailing platform. By clicking below to subscribe, you acknowledge that your information will be transferred to Mailchimp for processing. Learn more about Mailchimp’s privacy practices here. 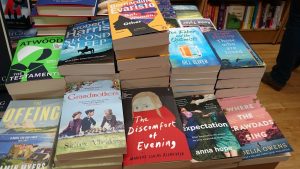 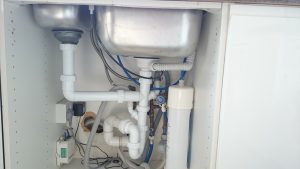 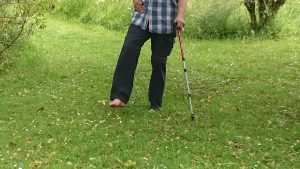 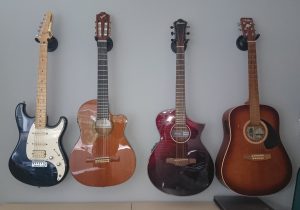 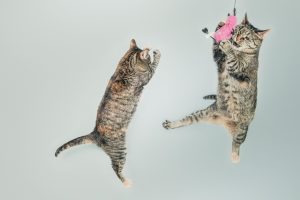