The Day I Stopped Working 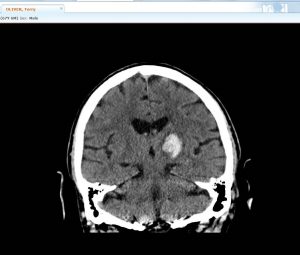 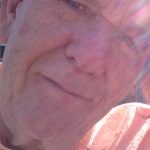 Posted on my 7 year Stroke Anniversary

I loved my job. It involved visiting business executives all over the country, at their request. The down-side was spending hours in the car. I rationalised this by telling myself my employers paid me a lot of money for the driving. The actual selling job I happily did for love. The day before my stroke, Thursday, I received an email from the company in Portsmouth I was due to visit the following day saying their M.D. was ill and could we rearrange the meeting. Now, with an empty Friday morning, I decided to catch up on paperwork and my VAT return.

Around noon Gill rang me from work to say that, as she had worked through her normal half day on Tuesday, she was taking it today. Shortly afterwards all sensation down my right side disappeared, my vision started to blur and spin then changed to total whiteness. My only recollection of the next part was a desperation not to fall sideways onto the small filing cabinet on my left. The thought of Gill coming home and finding me, not just dead but with my face cut and bleeding, would have killed me.

I will be unconscious for a while, so I’ll leave Gill to tell you what happened next.

It had remained cold and frosty right through the first week of April, but suddenly spring had come. I drove home that lunchtime under a perfect blue sky, looking forward to lunch with Terry and a concert in the evening.  I thought he was on the telephone at first. Then, from the tone of his voice, that he’d had bad news. In fact he was flat on his back in the office unable to move and calling for help with a mouth that barely worked. Things I learned that day:

The long road to recovery starts

I don’t remember much about my first hours but I know I was allowed to see a picture of the inside of my head (above). Not everyone can prove they’ve got a brain! Around 6 p.m. I was taken from the resuscitation room to The Stroke Assessment Ward on the 9th floor of the hospital. It was pleasantly decorated, with a large window across the end wall, and could accommodate six guests. Gill had taken the opportunity to visit the cafeteria while I was tidied up and put to bed. Some of the patients called greetings but as I couldn’t sit up, or answer intelligibly, the party didn’t start. I was brought some food in a dish which, fortunately, had been pre-chewed for me by a liquidiser. Gill returned and sat with me until throwing out time at eight. I kept drifting in and out of sleep so, for me, the time flashed by.

Shortly after Gill left, I needed to wee. I had been supplied with two cardboard urinals to make me feel self-sufficient and adequate. Unfortunately, I hadn’t received the training. I was faced with being flat on my back, no movement on my right side and having to control a cardboard bottle, manipulate the personal plumbing equipment which, unhelpfully, is pointing upwards so has to make a sudden U-turn to enter the bottle using only my, non-dominant, left hand, and without spilling a drop. A bit like that last sentence, I’m exhausted now so I’ll try to sleep.

Why does everyone else make so much noise when they are asleep? I think I’m the only quiet man in here. Back soon, I hope.