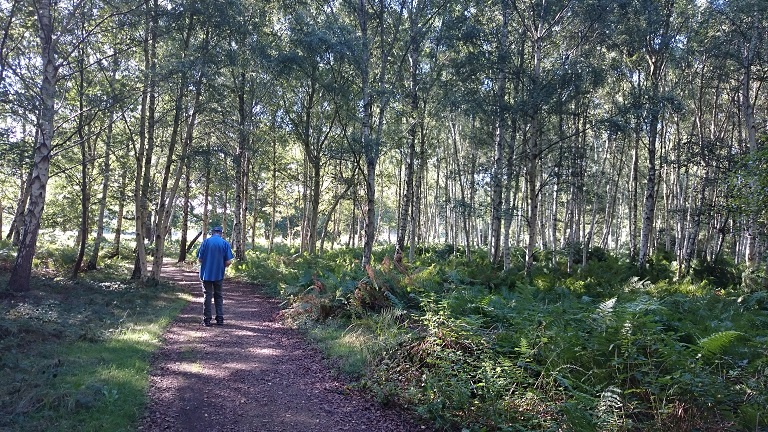 Are we nearly there yet?

Hello. Thank you for your interest in our blog. This is our first post, on Stroke Survivors Day 2020.

I’m Terry and my wife is Gill. I suffered a severe stroke in April 2013  which changed our lives. We decided early on to be grateful for the good things, help each other cope with the bad, and celebrate even the smallest excuses for a laugh. We hope our blog will inform, interest or amuse others suffering, or involved with, similar situations.

Some posts will be from one or other of us, sometimes we’ll gang up on you. We hope to help friends, carers and families better understand how devastating stroke can be, and what recovery involves. After the initial shock you try to understand what is happening physically, emotionally and mentally. You also ask when you will recover. The reply is always ‘all strokes are different, it’s impossible to say’. Recovery can be a very long road. Exercises and physio help; recognising small gains, and things that are pleasant or amusing, really helps.

If you’re new to this, you might see stroke rehab as a phase to be gone through.  One day it will be over, and things will normalise… won’t they? If you’ve had the kind of catastrophic stroke Terry had, though, there’s going to be a lot to fix at once. Standing, walking, balance, eating, dressing, driving, writing – none of these things can be flicked on with a switch; you have to work at it. Everyone tells you that the first few months see most spontaneous recovery; after 6 months, improvement will slow down, but it won’t stop. The professionals we’ve met have imprinted on us from day one that the brain would go on trying to establish new connections for as long as he encouraged it to. Basically, you stop when you’re satisfied.

So what should you be satisfied with, in terms of recovery? Everybody has to make his or her personal decision. You have to pick your battles. You can easily get so hung up on perfection in one area that it stops you living your life; you might with good reason decide to cut your losses, focus on getting from A to B and stop worrying about the soup on your chin.  Those of us who are not disabled are sometimes easily satisfied on behalf of others. I was so shocked by the initial destructive brutality of the stroke, that every tiny step towards recovery has seemed wonderful and to be celebrated. It’s easy for me to be upbeat and in awe. And everyone who knows or loves Terry wants to hear he’s doing well. The health care system, understandably, is too busy to be picky over style. Functionality is everything. Once you can function, what’s your problem? There are lots of people in the world who can’t walk or even communicate properly, let alone play an instrument. Within months Terry stopped using an aid to walk round the house; now, coming up to the seventh stroke anniversary, he might happily walk to the car, not realising he’s left his stick in the porch. So I think my husband can walk. But he disagrees. Here’s why.

Once he’s driven to his destination, he won’t tackle a pavement or a shop without getting that spare stick from the boot, because he knows his balance isn’t great yet. He doesn’t have a normal gait.  Sometimes, with no warning, his foot sticks to the floor. In the last few years he’s had some amazing physio and it’s better than it was, but put him in a vulnerable situation (say, in a crowd) and the elbow rises, the shoulder joins in, and everything goes out of sync; if he wobbles, his leg might kick out conga-style. Even when he carries a stick, people constantly act as though they’re going to walk into him (tourists and phone users are the worst). He can’t do an emergency stop at the last second like they can. And that’s not walking, by Terry’s definition. Because he’s not walking on other people’s terms.

Dissatisfaction with this situation is driving his next ‘mobility’ target: dealing with obstacles. Getting out of the way fast. Although recently his main tactic seems to be to pick his racing line, get his head down and expect other people to get out of the way…  Which probably counts as progress.